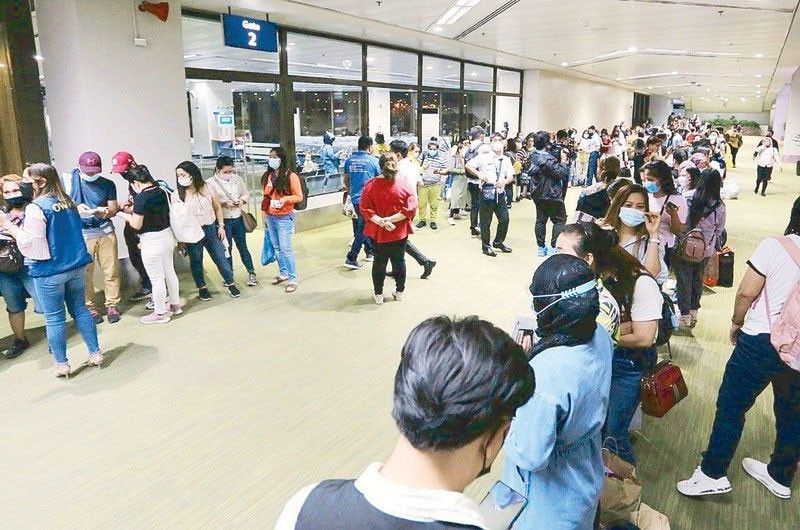 The Department of Migrant Workers, through the Philippine Overseas Employment Administration, has already issued an advisory to caution potential overseas Filipino workers against taking job offers in so-called crypto technoparks in Cambodia, Laos and Myanmar.

Hontiveros: Dozens more may still be trapped in crypto investment scam in Myanmar

Hontiveros: Immigration officials linked to trafficking of Pinoys to Myanmar for crypto scam

“We already had some human trafficking survivors that the department, together with the [Department of Foreign Affairs], were able to bring home,” Ople told the ABS-CBN News Channel’s “Headstart” on Wednesday.

This comes just as the country is investigating a trafficking scheme led by a Chinese syndicate in Myanmar that targetted Filipinos due to their proficiency in the English language.

Just last week, Sen. Risa Hontivaros bared the operations after rescuing 12 Filipino OFWs who fell victim to the scam, which offered a job as a call center agent, and ended up being kidnapped to fool foreigners with a cryptocurrency investment scheme.

“It’s not legitimate work and then some got paid but not in the amounts expected and it took a long time,” Ople said. “The others did not receive a single cent and the pressure on them was you have to cultivate [or recruit three others].”

Ople said an “information and education campaign” is needed to avoid incidents like this, as illegal recruiters have gone online to target Filipinos.

“Legitimate job offers are done inside the offices of licensed recruitment agencies so it could already be a red flag if they are only doing their recruitment online and then they are not facing you, or you have no idea where their physical offices are,” she said.

She is also calling on those who are seeking jobs abroad to double-check with the department to see if the job offer is legitimate.