Many netizens are now noticing Kapuso actress Aiko Melendez’s improved physique, where it appears that the actress has gradually regained the beautiful shape of her body.

On the actress’ Instagram, where she frequently shares her photos, it can be seen in the most recently uploaded pictures that she is proud of her beautiful body shape.

Because her waist has shrunk, it is clear in the actress’s current aura that she is confident in wearing fitted and sexy clothes. 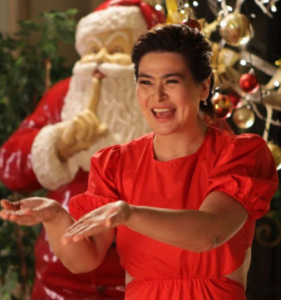 It’s also undeniable that Aiko is now more likely to wear OOTD outfits, which she proudly shares on Instagram. Meanwhile, on Aiko’s Instagram account, you can see some of her photos in which she is proud to show off her beautiful waistline shape and her relatively slim body.

Some of the pictures of the actress that showed her confidence now are one in which she is wearing a strapless red gown and another in which she is dressed in shorts, a black top, and a blazer.

The caption “Feeling Funky Today” is attached to Aiko’s photo, which shows her wearing shorts and a black top with a blazer. Many of the Kapuso actress’ fans are in awe of her sexy body today. 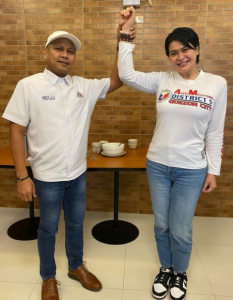 Here are some of the comments made by netizens who admire the actress’ good physique. “Hello Ms. Aiko, I’m from Ghana. I just watched your post made me admire you more.”

I can see her s3xiness in the newly uploaded photos of the actress today, which was absent from her body at the time.

Aiko shared some of the things she has done to achieve her current body with people who want to be slim and confident.

According to the Kapuso actress, she only drinks a cup of coffee and eats two boiled eggs per day, which is why she has lost a significant amount of weight and physique.

With her rapid weight loss, Aiko Melendez truly inspires. Many of the actresses requested that she share her fitness journey on her vlog, to which Aiko immediately responded, “Well do, nice suggestion.”

What can you say about the sexier body of Kapuso actress Aiko Melendez today? Are you inspired and want to try her slimming method?